Since the opening of the first organized quarry in 1827, Indiana Limestone – “The Nation’s Building Stone” – has been in almost constant use and has made a huge impact on American architecture. The appearance of the railroads in Southern Indiana in the mid-1850s made the stone a national treasure, and the industry boasts of countless government, commercial, educational and residential projects – including numerous U.S. state capitols and many of the government buildings in our nation’s capitol. Though only found in three small Hoosier counties, the supply is virtually limitless and just like projects built with the product is expected to last for several hundred years, through many generations. 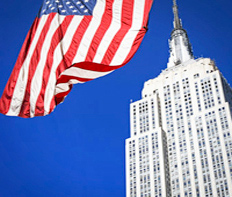 Projects utilizing Indiana Limestone include the Indiana Statehouse and Chicago City Hall, dating back to the 1870s; the Biltmore Estate in Asheville, N.C., built in the early 1890s; and the Cotton Exchange Building in New Orleans, the first project for which the stone was shipped from Indiana “cut to fit and ready to set” in the early 1920s. Indiana Limestone projects exist in every American city, in smaller towns and villages, in Canada and in every type of atmosphere.

Indiana Limestone is virtually maintenance-free, requiring only the occasional re-pointing of stone joints and cleaning, if desired. With proper installation and minimal care, Indiana Limestone projects will serve present and future generations for many years to come.

Indiana Limestone can be taken from one project and re-used on another, as elements in another building, landscape stones, in perimeter walls, or even as site fill. It’s completely inert – it came from nature and can go back to the same. And it’s common in restoration projects for the majority of the original stone to remain in place for continued use when the restoration work is completed.

Improved technology has resulted in a more environmentally friendly industry. Most companies recycle their water and many have air-handling systems in their mills. Quarry land is often reclaimed, either for use as land for quarry offices and outbuildings, or as nature preserves. The use of modern production equipment has resulted in overall noise reduction as well.